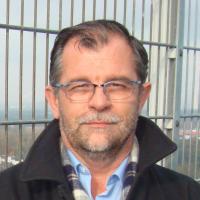 Among his main fields of interest are the design of electronic control equipment for use in hazardous (explosive atmospheres, Atex) environments; as well as the development of monitoring, control and automation equipment and software for use in harsh (Mining and underground construction) environments.

He has been member of the European Expert's Committee Technical Group Coal 1 (TGC1), in charge of monitoring the progress of EU-funded research projects in the fields of "Coal mining operation, mine infrastructure and management, unconventional use of coal deposits” since year 2000.