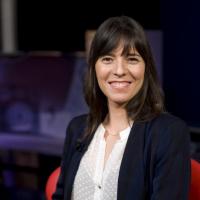 Dr. Concepción A. Monje Micharet received her MSc. Degree in Electronics Engineering from the Industrial Engineering School of the University of Extremadura, Spain, in 2001, and her Ph.D. Degree in Industrial Engineering from the University of Extremadura, Spain, in 2006. In September 2006 she joined the University Carlos III of Madrid, Spain, as a Visiting Professor in the Department of Electronics and Electromechanical Engineering, where she is currently teaching on Modelling and Control of Dynamic Systems and Robotics and researching on Control Architectures for Humanoid Robots. Her current position in this University is Associate Professor, with over 450 teaching hours.
She has been working on the area of control and robotics for over 15 years. She has collaborated with the CRONE (Commande Robuste Ordre Non Entier) team from the Ecole Nationale Supérieure d’Électronique, Informatique et Radiocommunications of Bordeaux (ENSEIRB), publishing several works related to the tuning of fractional order controllers and co-organizing the 2nd IFAC Workshop on Fractional Differentiation and its Applications (FDA’06) during her stay in Bordeaux. She has also collaborated with the Electrical, Electronic, Automatic and Communications Engineering Department of the Technic High School of Industrial Engineers of the University of Castilla-La Mancha, Spain, where she worked on the application of fractional order controllers to the control of flexible manipulators. Her collaborations in this field also extend to the Center for Self-Organizing and Intelligent System of the Utah State University, in USA, where she was invited to deliver a research lecture to Ph.D. students and a joint public lecture to members of the IEEE Control Systems Society San Diego Section. She has also collaborated with the German Aerospace Center (DLR) on the control of soft links for humanoid robots, giving several talks and publishing high impact research papers on this field.
She has been involved in many international and national research and industrial projects, acting as Principal Investigator in more than 12 of them. She has published more than 100 research papers in high impact conferences and journals on control and robotics, with a total of more than 3000 cites.  She also received the Best Paper Award for one of her publications in Control Engineering Practice Journal (2008-2010, Springer), the Extraordinary Award for her Thesis (2006), with European mention, the Best Contemporary Researcher Award by the Center of Scientific Investigations of Spain (CSIC) and QUO magazine (2017), and Woman and Technology Award by Orange Foundation (2018). She has also delivered a TED Talk in Vitoria Gasteiz, Spain (2017). She has been advisor of five Doctoral Thesis.
She has chaired international conferences (IROS 2018, Humanoids 2014, IFAC FDA 2004, SAFC 2007), and has been member of International Program Committees (Symposium of Fractional Signals and Systems 2017, CLAWAR 2017, IEEE ASME MESA 2007-2011, IEEE ICMA 2007, etc). She acts as Associate Editor of IJMEER Journal and CCDC Control Conference (since 2008). She has performed as reviewer of more than 30 international journals and conferences of relevance (IROS, ICRA, HUMANOIDS, CLAWAR, IEEE Transactions on Mechatronics, Control Engineering Practice, etc).
She is currently Expert Evaluator of the European Commission for Horizon 2020 Program and National Research Evaluator of the Spanish Ministry of Competitiveness and Industry. She is the Director of the Center for Aeronautical Training and Services of the University Carlos III of Madrid (CATS-UC3M) and has been Secretary of the Systems Engineering and Automation Department in this University.
Telephone:
916246013
e-mail:
cmonje@ing.uc3m.es
Name:
Concepción Alicia
Surname:
Monje Micharet
All publications on