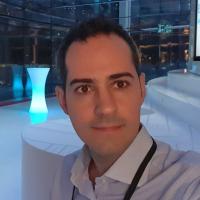 Currenty, he is member at the RoboticsLab research group and at the ASROB robotics association, and works with the humanoid robots. His research is focused on whole-body postural control for different transport tasks. He has done a stay grant in the Insitute of Robotics and Mechatronics (DLR) in Munich, Germany. He has helped to develop different robotic platforms such as the humanoids robots TEO and TORO, the assistive robot ASIBOT or the soft robotic neck from the HUMASOFT project. Besides, he has participated and colaborated in seven nacional and reginal projects as RoboCity2030-DIH-CM, RoboEspas or RoboHealth-A.

Since 2012, he has been a teaching assistant at University Carlos III of Madrid accumulating more than 400 hours and specializing in areas of automation and robotics. He has taught both Master and Bachelor's degrees in the branch of engineering.