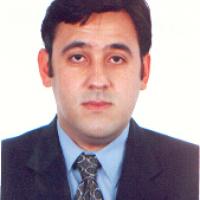 Julio Cesar Diaz C. received the Electrical Engineering degree from Simon Bolivar University (Caracas, Venezuela), and he is a PhD student of Electrical, Electronic and Automation Engineering at the University Carlos III of Madrid. In 2000, he was selected by JICA (Japan) and DGETI (Mexico) to represent Venezuela, in the First International Course of Mechatronics Engineering at CNAD (Mexico D.F.). He is an IEEE member (Power Electronics Society and Robotics & Automation Society), and a member of the College of Engineers of Venezuela.

Since 2002, he is a teaching assistant at the Department of Systems Engineering and Automation at the University Carlos III of Madrid. He has held Research Assistant position for the Power Electronics Laboratory (SIEP) at Simon Bolivar University (USB), 2000-2001, as well as a Training position in Power Quality Seminaries at FUNINDES-USB, 2001. He taught undergraduate courses at IUTAJS (Electrical Systems and Power Generation) in Barcelona (Venezuela), 1997.

He has more publications in Venezuelan Conferences (the LI AsoVAC Convention, San Cristobal 2001 and the I JIELEC, Barquisimeto 2000), in the field of electrical systems and the power electronics area.