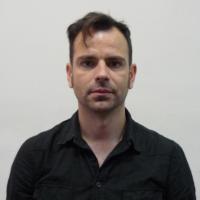 Javi F Gorostiza works as assistant professor of the Systems Engineering and Automation Department at the Carlos III University of Madrid . He received de Msc Degree in Physics Science in 1999. In 2002 he also received a nother MSc Degree in Electronics Engineering. In 2010 he received the PhD degree on Robotics. The main researching interests go from Human Communication and Interaction Models to Human-Robot Interaction and include Dialog Systems, non-verbal interaction, multimodal interaction, etc. In the RoboticsLab he leads two research topics:

The main questions I try to face could be: how are the cues of natural interaction? how can we model such interaction in an implementable sytem? how can robots learn and be more flexible from/to non-expert end-users?