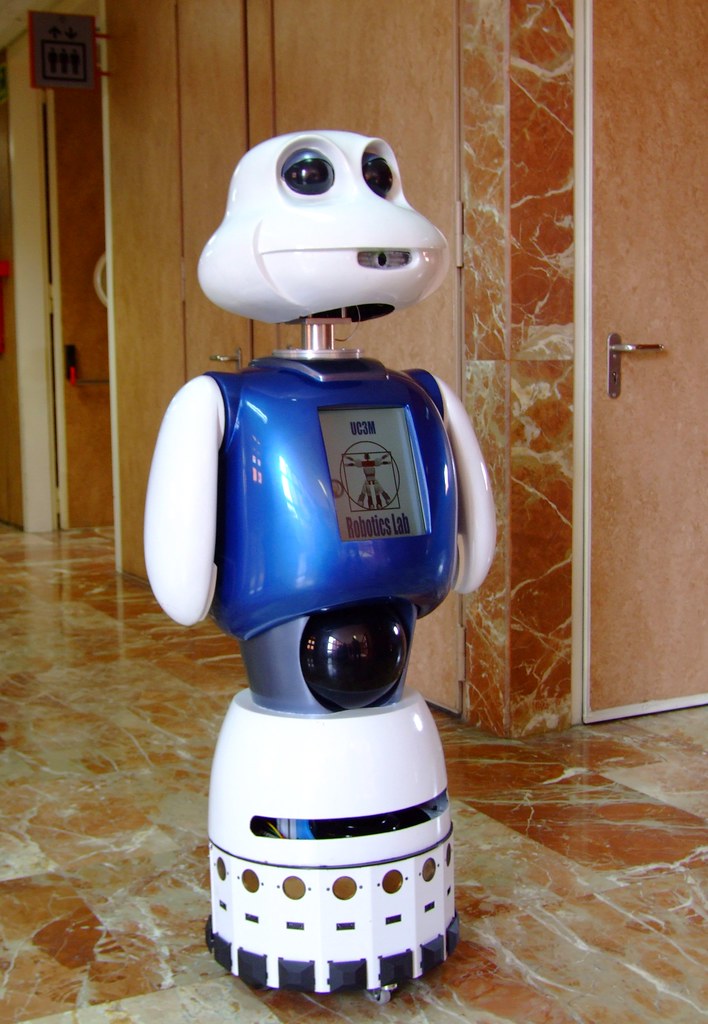 This project is focused on the implementation of a bio-inspired architecture for an autonomous and social robot. This architecture is based on the original one developed by other members of the Robotics Lab: the AD (automatic/deliberative) architecture. The new version has been completed by adding a decision making system based on drives, motivations and self-learning.

In the90s, the term “cognitive robotics” was first introducedby Ray Reiter et al., according to them, cognitive robotics is concerned with endowing robotic or software agents with higher level cognitive functions that involve reasoning about goals, perception, actions, mental states of other agents, collaborative task execution, etc.
Since the 70s, robotics has evolved trying to provide useful services to humans. Today, robots which carry out dangerous, assistance, or transportation tasks, among others, are a reality. Traditionally, robotic research has been centred on control architectures, planning, navigation, etc.
Nevertheless, during the last few years, the interest in robots which are integrated in our everyday environment, personal robots, has increased. Human–robot interaction is one of the main characteristics of these robots. In order to facilitate this interaction, there are many researchers working in cognitive robotics, that, as previously said, is about autonomous systems with artificial reasoning skills.
The goal of this project is to design a new biologically inspired architecture for an autonomous and social robot. Although the current context of this robot is a laboratory, this proposed architecture
will be implemented on social robots living with human beings and sharing common spaces with complex configurations.
In these situations, autonomy and friendly human–robot interaction are essential. Therefore, as previously stated, in order to implement those features in our robot, Maggie, this new bioinspired architecture is required. In order to fulfill this goal, we started our approach using the previous hybrid control architecture, the AD architecture. This architecture has been modified, replacing the main sequencer that manages the global behavior of the robot with a decision making system based on drives, motivations, emotions, and self-learning. Following a homeostatic approach, the goal of the robot can be to satisfy its needs maintaining its necessities within an acceptable range.