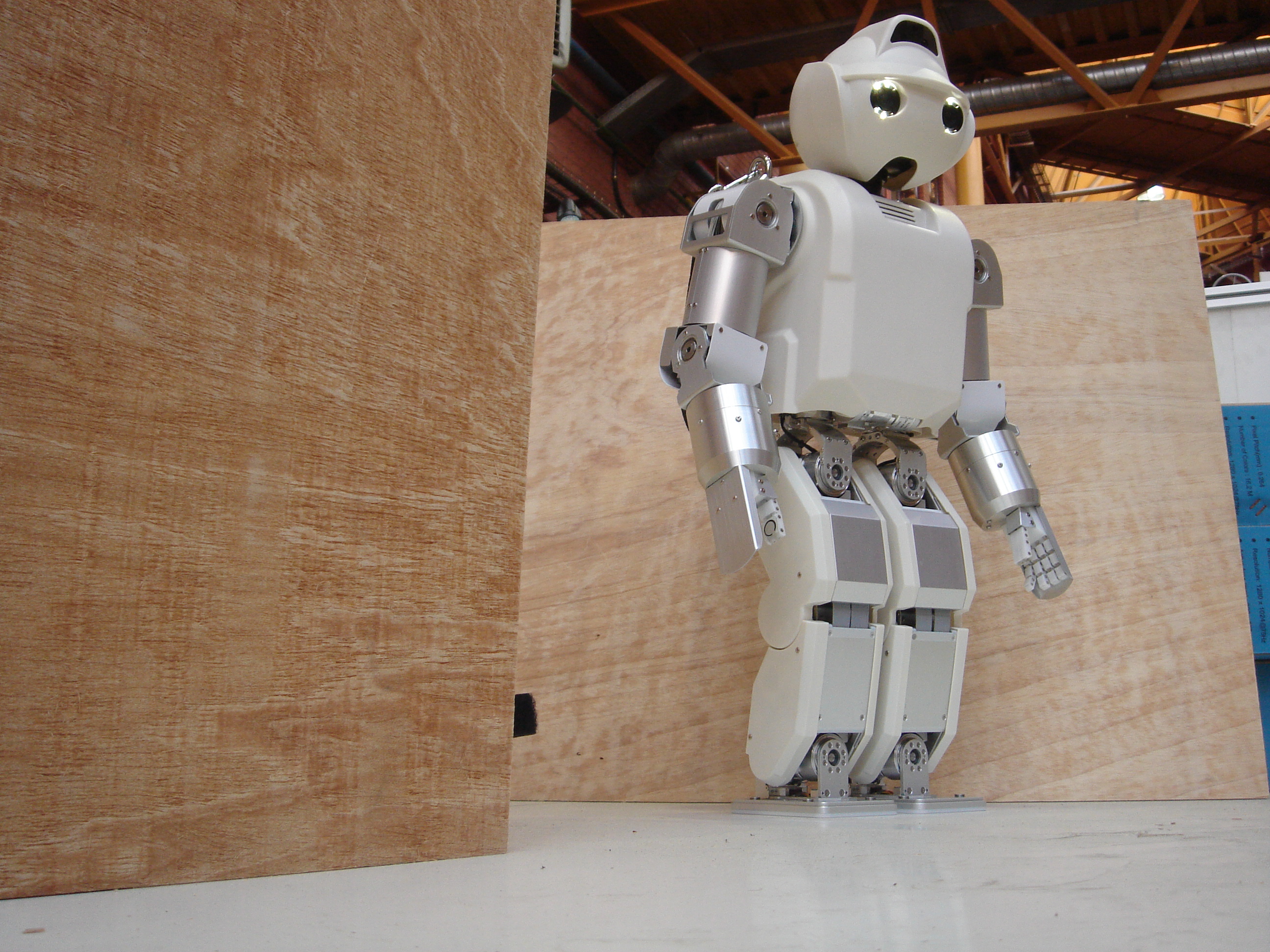 This project is the fruit of previous ones that the research team has been carrying out since 2001 in the field of humanoid robots. The Rh-1 natural scale humanoid robot at the Carlos III University in Madrid is currently one of the few existences in our country and in the European Union. This makes the team the leader in this field with unique technology.

The main objective of this project is to develop an advanced control system that allows co-operation tasks to be carried out semi-autonomously between humanoid robots and humans in real working environments. In fact, the first co-operative working environment chosen is building work in which the carrying of building parts is to be undertaken in the open air, co-ordinated between the Rh-1 robot and a worker.

To achieve this objective, it is necessary to develop a new control architecture based on three basic concepts. Firstly, the integration of sensor systems: force/torque sensors in the robot?s ankles and wrists, micro vision sensors in its hands and a vision system in the head. Secondly, the development of a stable walking system that includes the estimation of the direction of movement of the part and of the worker, the generalised real time calculation of the ZMP, the generation of stable postures and the planning of the next actions to be taken, both for walking and handling.

Finally, for robot/human co-operation, in which the robot is the master, a collaborative working environment will be developed based on the concept of ?environmental intelligence? but in this case with a new focus in the open air, that allows the robot to navigate using GPS systems located in it and on the worker, RFID systems for the parts and an overall vision system in the working environment. All of this will allow the co-operation tasks between humanoid robots and humans to be carried out satisfactorily in real environments.