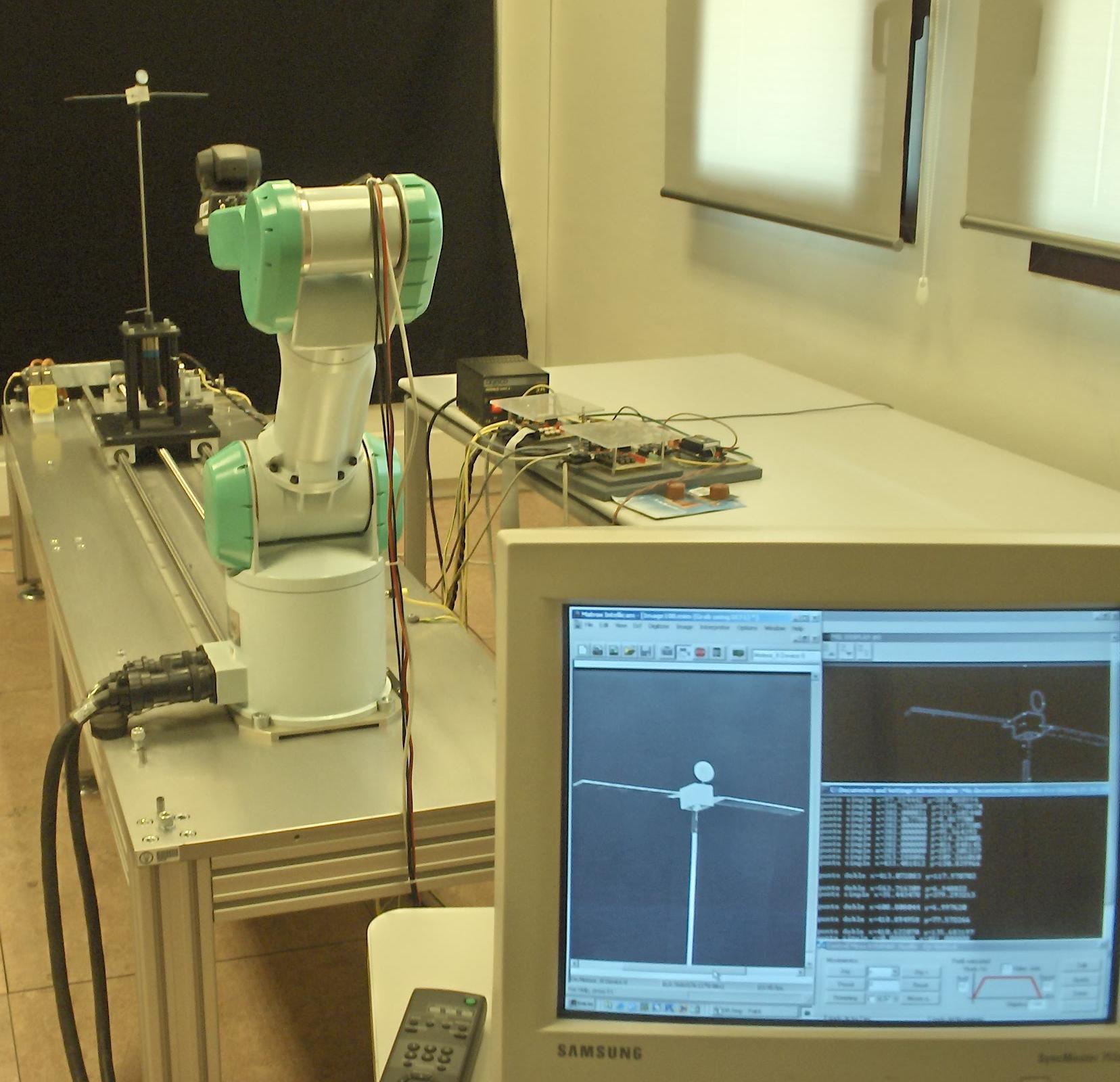 The aim of this Project is to develop strategies and techniques that can used for the capture of satellites by robotics manipulators using computer vision. The results are directly applicable to robot visual servoing in industrial and service applications

Each year, the number of satellites and space vehicles launched to space increases. Most of them would be able to carry out the tasks for which they have been designed, while others would not be able to fulfil their mission due to malfunction or operation anomalies, generating a great economic loss and becoming a potential risk for the others. The inspection and service of an incapacitated spacecraft must be performed with another spacecraft, which must be able to identify it and perform proximity and surrounding manoeuvres for visual inspection. The service operation will finish by carrying-out of a repair procedure with one or more robotic arms aboard the inspection vehicle.

This research project is focused on the last phases of the mission, that is, on the identification of the motion and geometric structure of the incapacitated spacecraft and on the relative navigation and performing the close proximity manoeuvres that end with Docking and capture of the non-cooperative vehicle for its inspection and repair.

The project consists in the development of techniques and strategies for the docking and capture of satellites in motion using computer vision and novel strategies and algorithms of hybrid control (position/force/vision). In order to obtain reliable results the RISANAR experimental platform will be modified to accommodate a force sensor on the end-effector of the robot and a mechanism that simulate satellite docking, so that the platform as a whole would simulate the last phases of the mission scenario. Visual servoing techniques will be implemented on the platform?s PA-10 manipulator to ensure the proximity to target and its capture.

The adequate execution of this project will allow obtaining the technology for the next generation of satellites, which permits them the identification of their ?targets? and the ability of autonomous docking and capture, due to their capacity of navigation based on the information provided by a vision system.

The development of the project will be performed on an experimental testbed with a manipulator and 3D moving objects with controlled motion, and consequently the results are directly applicable/useful to robot visual servoing in industrial and service applications in order to perform manipulation operations or in their physical interaction with the environment.