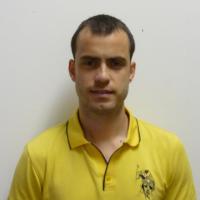 My name is Javier Gonzalez-Quijano. I was born on August 12, 1983 in Santander (Cantabria), a very nice city in the north of Spain. I studied a B.Sc Electronic Engineering at University of Cantabria (2007). After that I went to Madrid to work on developing inertial sensors and aid technologies in a spin-off at the Bioengineering Group inside the Industrial Automation Institute (IAI-CSIC). Meanwhile, I studied a Master on Robotics and Automation. I became a research assistant in 2008 at RoboticsLab in the same university where I worked mostly in learning optimal biped gait control. I have also studied a Master in Artificial Intelligence, which I have finished in March, 2012. I am also a recipient of a pre-doctoral FPU fellowship award from Spanish Ministry of Education (MEC) to pursue a Ph.D.

I am currently particularly interested in robot learning, including reinforcement learning in robots, planning with uncertainty, relational learning, machine learning for regression and classification, and generally in cognitive robotics. In my thesis, I am currently working in motor skill acquisition using imitation learning techniques based on reinforcement learning approaches. I am carrying it out inside a european project called HANDLE. I am also a member of various research societies: the IEEE, the IEEE-Robotics and Automation Society, the IEEE-Robot Learning Technical Committee and the EUCogII network.