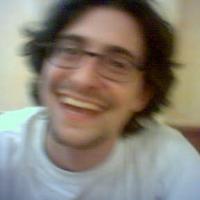 Welcome to my personal web-page in the RoboticsLab's web-site. Feel free to send me any comment about anything: my page, my professional interests, or whatever. Please, forgive my English, i am working on it, reviewing and improving it to have a good page.

My work in the RoboticsLab (but not my life)

At this moment i'm just a research assistant working on his Ph. D. Thesis, a software architecture for humanoid robots. In Spanish, we have an idiomatic expression to describe my position here and can be translated as the following: I'm the last monkey here. If this does not make any sense to you, better for both, you and me ;p.

Right now, my job is really a "robota" (see Karel Capek's play "R.U.R.: Rossum's Universal Robots" for more detail) because i need to recycle my industrial engineering degree (a spanish degree that covers a lot of the engineering fields) into a computer science engineering. The problem with my degree is that we know about so many things (electronics, control, maths, economy, enterprise & industry stuff,...) that no-one is able to master any. Although, is quite easy to get into any topic. It is the best preparation for those who does not know what to do with his life ^_^

Being serious, I am very happy to be working here, with very good people and better minds. In some ways I am very lucky.

My professional interests are, obviously, robotics, specially humanoids, service robots, mobile robots and assistive robots. Related to this, I am interested in embedded system design, software and hardware. The third field of my interest is industrial automation, where I have some experience since I have worked with Siemens PLCs and industrial communication buses.

I was born in Barcelona in one of the biggest baby-booms in our history; you know, Franco was recently dead and a lot of people went crazy. This is just cynicism, I belong to a generation that grew up with Mazinguer Z, Heidi, the PC and videogames, Naranjito, Star Wars, the role-plays, the really crazy 80´s (specially in this country) and a quasi-anarchist youth TV program, "la bola de cristal", that is worth some books to be written. My year is the 77, a year of unrest.
I moved to Madrid when I was 5 years old, just before the World football (soccer) Championship. I don't really feel I belong to Barcelona, neither to Madrid, because all my family is from Almería, a town in the south. I have learnt from this, that people don't belong to a town, a country or those things that anyone can't choose, but to where someone is loved, to your friends, family and where someone feels good.
So I live in Madrid since 1982, where I have studied those things that you can see in my cv.

Leaving aside my story, I would like to highlight that I am very keen on music and cinema, but not that commercial stuff. I like a lot of different kind of music. People who said that they like every kind of music do not have any idea of it. My key bands are Pixies, Black Rebel Motorcycle Club, Belle & Sebastian, Gorky's Zigotic Mincy, Yo la Tengo, The Clash, The B-52, The Velvet Underground, Blondie, Jon Spencer Blues Explosion, Maceo Parker, Diana Krall, Led Zeppeling, The Posies, Luna, Mogwai and some Spanish like Los Planetas, Cecilia Ann, Niños Mutantes, Sexy Sadie, Mastretta. Well those are the first bands and people that have come to my mind while I was writting it; their are just an example of the type of music i like, pop, power-pop, rock, funk, jazz, punk, garage, post rock,...
It is the same about cinema, from those popes like Woody Allen, Scorsese or Billy Wilder to the B-movies (what i called th fetish stuff) like Hammer's films, some light gore, like evil dead, Monty Phyton' films. and of course, the oriental cinema, like Kurosawa, Wong Kar Wai and Zhang Yimou. Nowadays i don't like nothing from Hollywood, in fact I believe that is dead. Finally, I want to mention my interest in Japanese culture.