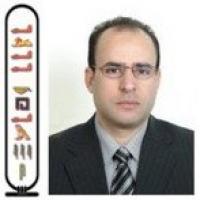 Alaa Khamis received his B.Sc. degree with "Distinction with Honor's Degree" in Electrical Engineering from Alexandria University, Egypt, in 1993, the M.Sc. degree in Electrical Engineering from Suez Canal University, Egypt in 1998, and the Ph.D. degree in Systems Engineering from Carlos III University of Madrid, Spain, in 2003. From 1995 to 1999, he was a teaching assistant in the Engineering Sciences Department at Faculty of Petroleum and Mining Engineering, Suez Canal University. In 2001, he was selected as distinguished scholar in the DAAD-Programme "International Quality Network" (IQN) to share in research projects related to remotely controlled experiments at Faculty of Applied Science, FH Ravensburg-Weingarten, Germany. During the academic year 2003-2004, he worked as a postdoctoral fellow at the Department of Systems Engineering and Automation, Carlos III University of Madrid, Spain. During the academic year 2004-2005, he was postdoctoral fellow and coordinator of Autonomous Systems and Real Time Distributed Design (ASRTDD) Focus Group, Pattern Analysis and Machine Intelligence Lab (PAMI), Department of Electrical and Computer Engineering, University of Waterloo, Canada. During the academic year 2005-2006, he was a visiting professor in Department of Systems Engineering and Automation, Carlos III University of Madrid, Spain. He has been involved in teaching subjects such as Industrial Automation(C2.58.10765-51), Information Systems(C2.13.11328-85) and Industrial Automation-II(C2.56.10569-21). He also participated in the laboratory sessions of the course Signals and Systems(C2.4.10048-32). From 2006 to 2008 he was an assistant professor at Suez Canal University, and German University in Cairo (GUC), Egypt. He is currently a research assistant professor at University of Waterloo, Canada. He is a Senior Member in the IEEE, an associate editor for theInternational Journal of Robotics and Automation and founding co-chair of International Conference on Autonomous and Intelligent Systems (AIS). His research collaborators include Defence R&D Canada - Valcartier, Thales Canada Inc., Menya Solutions Inc., Vestec Inc. and IMS Inc. Areas of Research: Mobile Robotics, Artificial Intelligence, Multiagent Systems.Research Interests: Multirobot Systems, Cooperative Intelligent Systems, Sensor and Actor Networks.URL: http://www.alaakhamis.org/